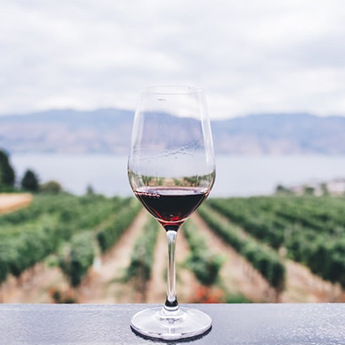 To realise value, SA Wine needs to speak with one voice

TO REALISE VALUE, SA WINE NEEDS TO SPEAK WITH ONE VOICE

Only around half of South African wine producers are breaking even or are just about profitable, most by less than 5% on the bottom line. SA wine, despite a recent quality leap, is struggling to sustain itself, partly because it is simply undervalued, especially in international markets.

“Nearly half the packaged wine sold locally trades at under R30 per litre,” VinPro chairman Anton Smuts told delegates at a VinPro Information Day in January. He noted that some imported water sells at up to R35 per litre, by comparison. “We cannot possibly remain sustainable at these price points,” he insisted.

According to VinPro’s Christo Conradie, by 2017, South African wine exports represented the lowest value out of all mainstream wine producers, at a staggeringly low aggregated global market price point of â‚¬1.27 (â‚¬1.95 for packaged wine) for a volume of around 500m litres (around 250m litres packaged). This compared to new world counterpart USA’s global aggregated export market price of â‚¬3.80 (â‚¬6.34 for packaged wine) at a volume of 380m litres (around 195m litres bottled).

The critical struggle for SA Wine going forward is to effectively integrate market and non-market actions not only to unlock value but also to address grand societal challenges such as transformation. This necessitates negotiating innovation on differentiation, pricing, branding and quality on the one hand and societal impact, advocacy and industry image on the other.

On the market side, there is a need to start creating a resonant identity for the SA wine brand. This might include reducing the number of brands to market in order to focus on building a stronger collective identity. SA’s country brand niche width is currently far too broad for an industry of its size.

Also, we’re simply not putting enough marketing capital behind our country brand. The marketing budget for Wines of South Africa (WOSA) — a not-for-profit industry organisation established to promote South African wine in international markets — is around R50 million, funded by industry levies. Australia’s equivalent, Wine Australia, utilises a budget of around AUS$50 million. Wine Australia is also funded through levies and user-pays charges, but supplemented by the Australian Government, which, according to its website, “provides matching funding for research, development and extension (RD&E) investments”. It’s clear we’re not able to compete on that front.

On the non-market side, is the seeming lack of cohesion at the top of the policy chain and much of this has to do with organising and the creation of a single voice. This is evident in a relative dearth of free trade agreements for South African wine, and BRICS membership does not seem to be improving matters. Meanwhile, a newly-signed free trade agreement with China has seen Australian wine exports to that country leapfrog other nations’ in volume. Australia pays zero import duties under the agreement, despite not being a member of BRICS.

Within the local industry, there are several groups that are already trying to create value for their respective constituencies:  Stellenbosch Cabernet Collective, Pinotage Association, Chenin Blanc Association, Swartland Independent Producers, and Old Vines Project  are good examples. What they are trying to achieve in these representative associations needs to translate into an even bigger collective, consolidating these efforts in a way that creates a single voice and purpose for South African wine producers, while retaining individuality.

One issue that can be addressed as a lobby, for example, might be how to drive more revenue back to primary producers, one in three of which is running at an unsustainable loss. VinPro estimates that around 900 producers had shut down in the decade ending in 2017. At the very least, a unified industry can address the fragility of the producer sector and ensure that value realised reaches them.

This approach, in tandem with a market strategy that is working to elevate South African wines’ relatively lowly status in the global market has the potential to deliver strong results.

Jonathan Steyn is the convenor of The Business of Wine programme running at the UCT Graduate School of Business this May.

How to ensure the success of the hybrid working model

After more than a year of remote working, many organisations recognise its benefits, but are also conscious of its challenges. What can organisations do to ensure the hybrid working model is a success?

Healthy workplaces are foundational for a healthy society

Business has a critical role to play in fostering diversity and inclusion and building healthier workplaces and societies in the wake of the crisis.

To avoid a shutdown over wage negotiations, we need to find what both parties value.

Trust and support key to whether franchises thrive or perish

COVID-19 has decimated SMEs in South Africa, can the lessons of past successes of franchises help them to rebuild?

It is time we leave the VUCA-world behind

At the risk of drying up the book royalties of hundreds of business authors who have built their careers around it, VUCA is on its way out and a new framework has emerged to replace it.

Leading well in the time of a pandemic

Cultivating kindness and empathy could be a leader’s greatest asset in these challenging and unprecedented times.

Are women more likely to be vulnerable consumers?

World Consumer Rights Day is commemorated on 15 March. Since it’s also International Women’s Day in March, we asked the UCT GSB’s Associate Professor Mignon Reyneke, to share some insights into some of the consumer issues associated specifically with women.

As the world commemorates International Women’s Day on 8 March — this year hashtagged #ChooseToChallenge — countries must take stock of the setbacks working women have suffered over the COVID-19 pandemic, and imagine new ways forward.

Psychological safety in the virtual workplace

What are the main barriers to creating psychological safety in the workplace and how can this be achieved in a virtual environment? 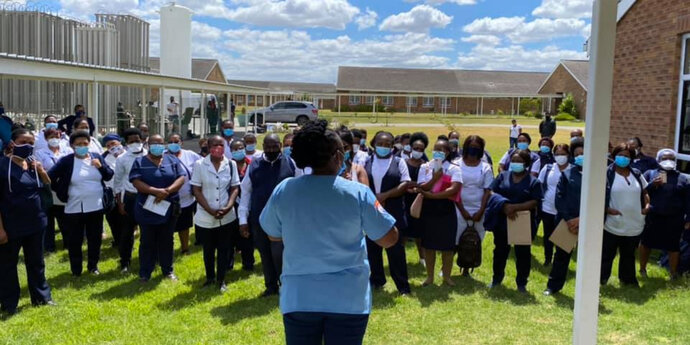 Fear is rising in workplaces around the world - both for those working from home and in offices. A recent study shows 63% of South Africans are concerned they may lose their jobs in the next 12 months.

What's your people strategy for 2021?

Remember the days when you shook hands enthusiastically with clients and colleagues just before sitting down together at the meeting table? Sharing pens to scribble down ideas during a brainstorming or team building session? 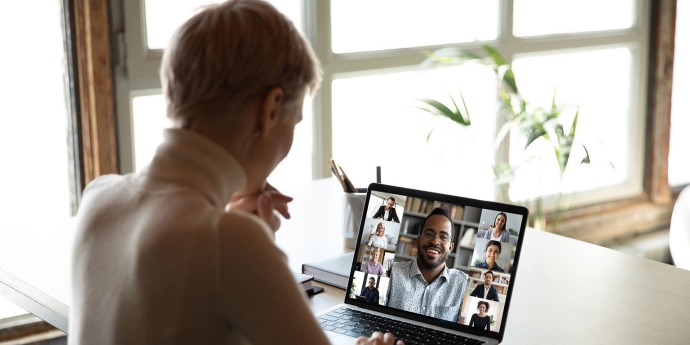 Remote work has built — rather than broken — trust among colleagues. Here’s how

The COVID-19 crisis has forced a massive shift towards remote work. What are the implications of this shift for trust in the workplace? Such trust plays a crucial role in how we coordinate, cooperate, reciprocate, and respond to risk and uncertainty.

As lockdowns prevent teams from having their organic face-to-face interactions and ‘water-cooler’ conversations, critical skills are being lost with knock-on effects for productivity and employee wellbeing. Here are four ways managers and leaders can counteract the trend. 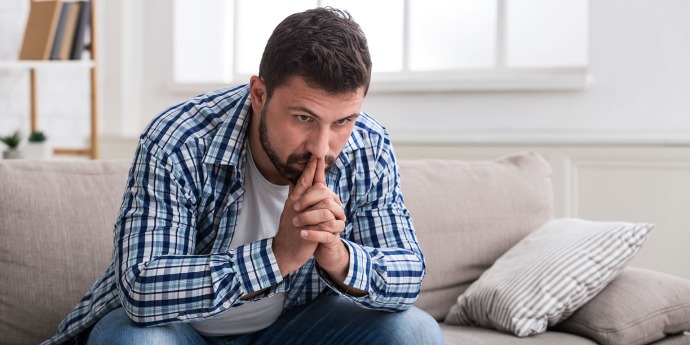 If times are hard, try getting to know yourself a bit better

Finding a good coach during difficult times can give you new tools to understand yourself and develop healthier ways to navigate your life and work. 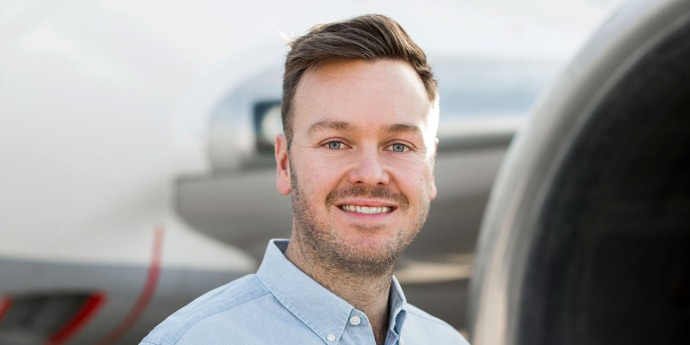 Transparency and integrity go a long way, especially in a crisis

It is Kirby Gordon’s job to convince people it is OK to fly again, one many challenges he’s had to tackle in the past few months, which have seen him draw on the skills he gained during his MBA a decade ago. 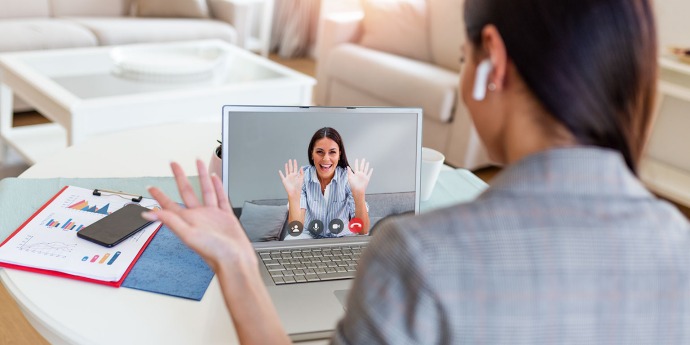 How to network and create impact in a virtual world

How can graduates entering the workforce in the midst of a global pandemic, position themselves to make connections and create impact in order to ensure career mobility or enhance their employability?

Will remote working become the norm after COVID-19?

The COVID-19 pandemic has disrupted almost all industries. The future worker and workspace has evolved considerable and there may be no going back. What should companies be doing to prepare for the new normal? What are the key trends and skills that are going to be in high demand? Accelerate CEO Ryan Ravens spoke to Kieno Kammies. 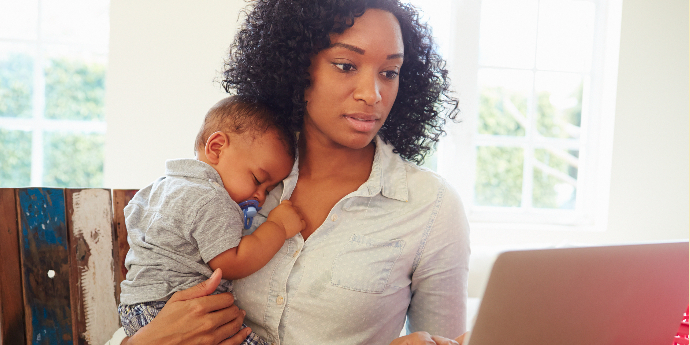 What should companies be doing to ensure that they can manage employee well-being?

Research shows that promoting employee well-being and health can help prevent stress and create positive working environments where individuals and organisations can thrive.

Moving into a managerial role can be stressful and many new managers feel overwhelmed and unsure of themselves. But there five simple things they can do to boost their confidence and thrive. 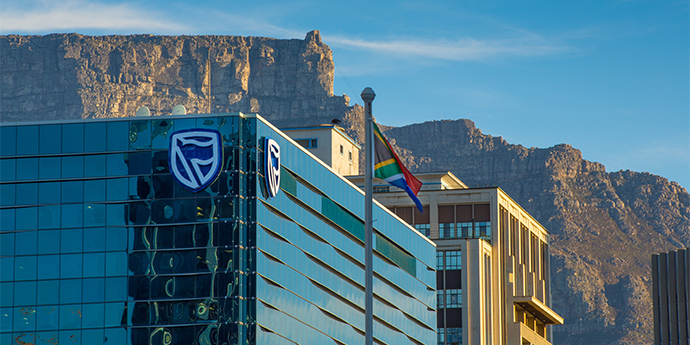 Addressing culture and context to successfully do business in Africa

Standard Bank teamed up with the UCT GSB to co-create a powerful learning partnership that helps its managers across Africa build stronger client relationships and foster long-term profitability. 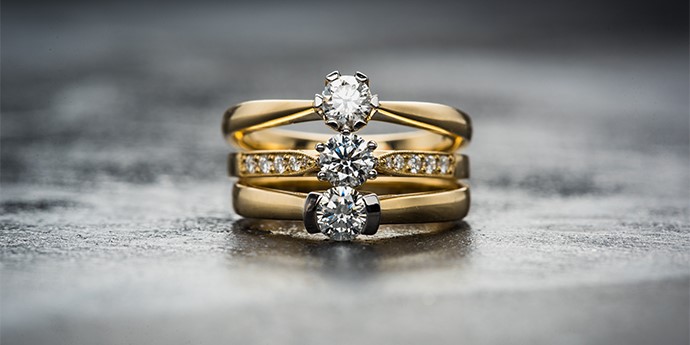 Disruption in the diamond industry

Technological innovation and dramatic changes in consumer preferences are disrupting the diamond industry, and this has serious implications for job security in Africa. 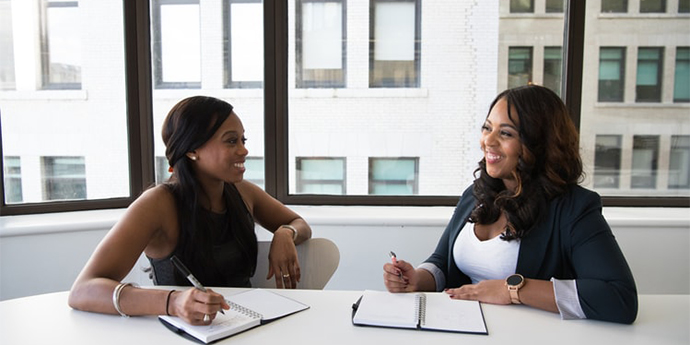 How to get women into the boardroom faster

While breaking into the male-dominated world of senior management is tough, there are a few things women can do to make it easier for themselves while climbing the corporate ladder — all the way to the top. 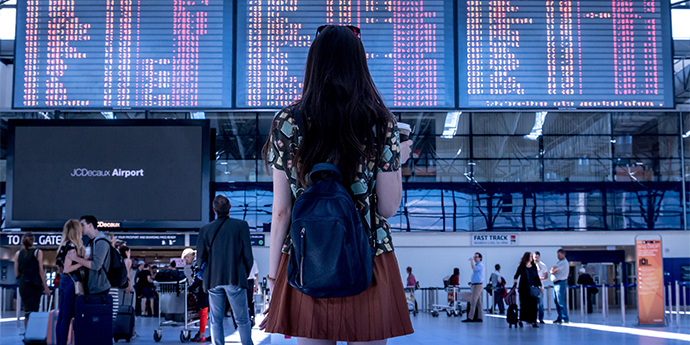 Three social megatrends that are shaping the future of tourism

SA tourism must work to capitalise on the social megatrends that are influencing how and why people travel, and what they look for when they do.

Can Integrated Reporting bridge the widening trust gap between business and society?

Integrated reporting is taking off globally and is giving corporations a framework within which to rethink their models for value creation and rebuild dwindling trust with stakeholders.

Professional women inch forward in the fight for gender equality

More women are reaching senior levels of management in business than ever before, with the pay gap between men and women also shrinking, but this does not mean that the struggle women face in getting to the top is over. 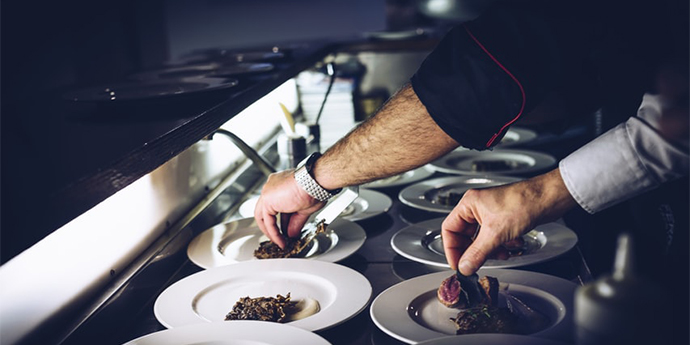 Kelly de Kock (MBA 2011) has forged a high-flying career in the financial services industry and her current role as Chief Operating Officer for Private Client Securities, Treasury, and Fiduciary Services at Old Mutual Wealth combines her love of solving technical challenges with a finely-tuned ability to manage people skilfully.

Where will you be when an AI machine is sitting on the Board?

Industry 4.0 is redefining business and restructuring organisations; so what skills do you need to have as a manager to stay relevant? 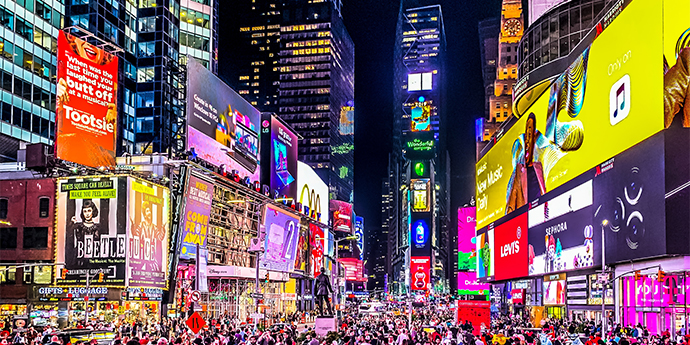 Branding is simply another word for reputation

Woolworths’ 2019 Valentine’s Day gaffe was a textbook case in how not to manage a brand. A brand is essentially an extension of an organisation’s reputation, and this needs to be managed carefully and with consistency from day one.