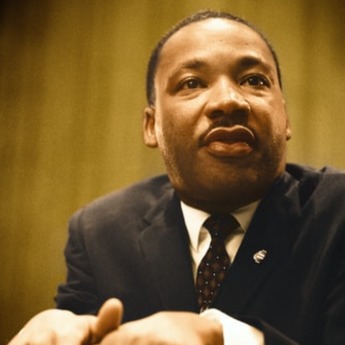 Leaders are not born or made, they are honed through practice and reflection

The concept of resilience is getting a lot of airtime thanks to COVID-19. Bringing with it as it does economic decline, job losses, a rise in depression and anxiety, and ill health, the pandemic is literally testing the resilience of the world’s systems and its people — especially our leaders.

In his 1963 book titled Strength to Love, Martin Luther King Jr, the prominent social activist and Baptist minister who played a leading role in the US civil rights movement in the 1950s suggests that the ultimate measure of an individual is not where they stand in the moments of comfort, but where they stand in times of challenge and controversy.

Workplace expert and author Jennifer Moss argues that resilient leaders are nimble and can pivot fast while empathetic leaders are sensitive to the needs of their employees and adjust to the moment. Leaders that can do both give their companies a fighting chance to flourish in the middle of a global pandemic.

But such leaders are few and far between. So, how do we mould more leaders who are both resilient and empathetic? There are no easy answers here other than that it should start within. It is first and foremost an individual journey of self-discovery, to articulate what a leader goes on inside of — what is their narrative?

It turns out that both concepts, resilience and empathy are hard to define or study, which makes it hard to know how to “teach” them.

According to former senior editor of the Harvard Business Review and author Diane Coutu, resilient people and organisations tend to have the following three characteristics well developed: First, they have a staunch ability to accept reality and make sense of the situation.  And second, they have deep belief, often buttressed by strongly held values that life is meaningful. The ability to make meaning despite the gravity of what is faced is fundamental to being resilient. And, third they have an uncanny ability to improvise.

It turns out resilience is not so much a thing or a characteristic so much as it is an intermittently arrived at situation or process. And this is true of most leadership traits.

John Shotter, along with other process philosophers and theorists, reminds us that to be a person is an ongoing accomplishment and cannot be “defined, conceptualised, or captured in a theoretical structure or framework of some kind”. He suggests that we should think about persons as trajectories of movement and growth. Since being a person, or resilient and empathetic person for that matter, is some 'thing' that we continually have to aim at to try to be.  We go on inside of such descriptions.. Shotter (2008, p. 502) would say “We are searching for a new way of understanding our relations to our surroundings while still moving around within them…”

Consequently, to be a resilient or an empathetic leader, especially in complex and difficult times, is also something that has to be continually aimed at. It’s a work in progress, so to speak. What’s more, it’s not just work we engage in, in isolation, we are constantly coming up against the needs and desires of others and this also will inform the trajectory of the person we are aiming to be.

To navigate these tricky waters, it is useful to have a compass of some kind and Shotter offers a useful framework for leaders who want to engage with this process of self-calibration productively. The question to be asked, he says is ‘what we go on inside of — the world between us’ as opposed to ‘what goes on inside us’. This puts the focus on the connections between self and others and encourages a subtle shift from thinking ‘about’ something to thinking ‘within it’.

As one executive who participated in the Executive MBA at the UCT Graduate School of Business put it, this shift is like moving from thinking about yourself as if you were a willow tree — something anchored, steady, majestic and objectively visible — to a Rubik’s Cube that is broken inside.

“I imagined that a Rubik’s cube that is broken inside cannot be altered outside even with the best hands and intellect. The work began on unravelling childhood trauma and its torment. Unravelling family ties that created unproductive emotional shackles. Naming feelings that were previously suppressed and a cause for repeated failures and personal disharmony, offered clarity and relief from emotional agony. If you do not work, nothing works. So focus on understanding how you work and interpret the world. So you can make sense of the world."

This reflection perfectly highlights how a different framing of this executive’s self image allowed for focussed attention on a problem at the core of their identity that helped them to break through to another level of self-understanding and thereby, improve her effectiveness in the world and in their organisation.

None of this is what many necessarily expect from a business school education. But as educators of leaders in business — especially now in a world yearning for effective leadership — it is precisely where we need to focus our attention. We can teach a certain amount of theory, certainly, but the bulk of the work has to be done internally and through an ongoing process of practice, habituation and reflection both in the classroom and in the workplace.

In this way, we can develop empathetic and resilient human beings (who just happen to be at the helm), who have a well-developed reflexive muscle and who are able to meet the moment with the necessary wisdom and compassion that may help us to build better organisations and societies.

Kosheek Sewchurran is an Associate Professor and the director of the Executive MBA programme at the UCT Graduate School of Business.

Trust and Governance: why trust is key to economic performance

Addressing the lack of JEDI in the workplace

The South African workplace remains a very complex space. To bring about a change in workplace culture and organisational orientations, we may need to consider new approaches. Recent research from the UCT GSB has highlighted several practices that organisations can implement to help address the lack of justice, equality, diversity and inclusion in the workplace.

Here’s why black millennial women are leaving your organisation

New research digs into the deep frustration causing many African millennial women to call it a day at the office.

With employees stressed, business leaders worried, and mental health challenges skyrocketing, conventional approaches to preparing leaders for the business world may not be enough. The foundational role of the leader as communicator is more important than ever – and poetry could unlock the deeper self-awareness and connection needed to lead through ambiguity.

Servant leadership may be the key to talent retention post COVID

Nike strategy director for Europe, the Middle East, and Africa, Aidan Kearney, believes servant leadership has so much to offer the corporate world, especially now as an increasing number of employees think of leaving their jobs in response to the stresses of the COVID-19 workplace.

The COVID-19 pandemic has tested leadership in ways that few crises have. How do we learn from it, adapt and evolve as leaders?

Given the recent spate of corporate misconduct (think Steinhoff, EOH, the Guptas and various State-Owned Entities), more Boardroom activism is required to ensure accountability and prevent future scandals. Board directors should start by cultivating higher levels of self-awareness.

Can we risk our society’s future on a system that produces the leadership we experience?

The events of the past two weeks have brought into sharp focus the devastating results of selecting leaders based on popularity over other criteria. To avoid shipwrecking our country, it’s time to design a better system of stewarding our collective needs.

Making space for Buddha in the boardroom

A new study shows that by staying true to the founding principles of the Buddhist meditation technique known as mindfulness, business leaders can reimagine not just how they work, but also how to build stronger relationships in the workplace.

Becoming a businessperson is not a straightforward journey for all

Building business skills to improve livelihoods is increasingly being recognised as a mechanism to lift communities out of extreme poverty. But in many survivalist communities, the principles of business can clash with the existing values of the community.

Beyond lip service, how do we create more inclusive workplaces?

In South Africa and globally, companies are struggling to put a commitment to diversity and inclusion into practice.

Can business leaders ignite change in a world that is overdue a great reset?

The thinking that has informed business leadership will not see us through the present challenges we face. To remake the world we need to recognise the deficiencies in leadership we experience and change how we train future leaders.

This annual initiative recognises notable graduates from AACSB-accredited business schools around the world, who are using their business education to create lasting impact in their own, unique way.

The future of business, business schools and the economy

UCT GSB Director, Dr Catherine Duggan, shares her thoughts on the future of business education and how to prepare students for an increasingly complex world.

If Africa is to emerge a better society post-COVID-19, the approach to leadership and the broader environment needs to change.

Emotionally intelligent leaders will be crucial in helping us to navigate through the COVID-19 crisis and the fallout from the US election chaos.

The UCT GSB's new director, Dr Catherine Duggan, has often been asked why she wants to work in Africa — it's a question this award-winning lecturer and former Harvard academic just loves to answer.

In a world impacted by COVID-19, women leaders can make the difference

The disruption brought on by the global COVID-19 pandemic may be seen by some companies as an excuse to dial back on diversity and inclusion - but this would be a mistake as studies show women handle crises better.

Values-based leadership in the age of COVID-19

Dr Camaren Peter, associate professor with the Allan Gray Centre for Values-Based Leadership at the UCT Graduate School of Business, speaks about the challenges posed by the global COVID-19 pandemic.

As the country plunges deeper into an economic and humanitarian crisis fuelled by the COVID-19 pandemic, we will need steward leaders who are accountable and focused on assisting their communities — and each of us can rise to the challenge.

COVID-19 is giving leaders everywhere a crash course in living with volatility, uncertainty, complexity and ambiguity (VUCA). Fortunately, says Jerome Thomas, he got a head start with his EMBA at the UCT GSB.

Do we really need another hero?

The rise of the hero leader around the world — strongmen who promise to be able to rescue their followers from difficult circumstances — is driving a wedge between citizens and undermining democratic institutions.

Privacy, addiction and the role of responsible digital marketing

Digital marketing provides an invaluable opportunity for businesses to reach more customers, better understand their needs and ultimately sell more product. But the medium is addictive and marketers have a growing duty to use it responsibly.

Believe it or not, the economy is not the biggest of our concerns in South Africa

South Africa has a fractured past, that we cannot deny, and divisions have always been an everyday part of life here. But these days, our differences are threatening to tear us apart.

What is the impact of an atypical leader on diversity beliefs?

An extract from a presentation to the UCT GSB by Mustafa F. Ã–zbilgin, Professor of Organisational Behaviour at Brunel Business School, London.