Beyond lip service, how do we create more inclusive workplaces?

In South Africa and globally, companies are struggling to put a commitment to diversity and inclusion into practice.

In South Africa and globally, companies are struggling to put a commitment to Diversity and Inclusion into practice.

In the past few years there has been a global surge in public focus on and commitment to gender rights and diversity and inclusion (D&I) in the workplace; from the #MeToo and #BlackLivesMatter movements, and calls for equal pay, to CEOs publicly weighing in on the importance of this issue through initiatives such as the #WeSeeEqual summit and CEO Action for Diversity & Inclusion Pledge. Since June 2017, more than 900 CEOs have signed the latter, but the reality on the ground remains stubbornly unchanged.

Most companies are still struggling to break past the 30% mark for women in senior roles and, according to research from the Global Network for Advanced Management, 42% of women (compared with 15% of men) experienced some form of sexual harassment or gender discrimination in the workplace in 2019. Among them, fewer than one in ten formally reported the incident(s) inside or outside the workplace. And two-thirds of total respondents agree that “the existence of a culture of sexual harassment at a workplace is a factor when you look for a job.” The switch to remote working has done little to change this, with harassment via videocall, known as 'Zoombombing', becoming more frequent. A survey of 2,000 staff by Australian law firm, Slater and Gordon, found that 35% of women reported experiencing inappropriate demands from their managers, such as being asked to wear more makeup on video calls.

So what are we missing? Part of the problem appears to be that there is a long road to travel between recognising and speaking out about the problem and bringing about a real shift on the ground. In fact, research from McKinsey and Company highlights a very real disconnect between what companies are saying about D&I and what’s really happening. While 87 percent of companies in 2019 declared that they were serious about D&I (up from 56 percent in 2012), their employees remain less convinced. Only half thought gender diversity was a high priority, and that number has remained flat over five years.

This suggests that paying lip service to D&I is not enough — real shifts must be enacted within organisations. But this remains a challenge for most. It’s hard because we are battling decades of entrenched workplace cultures that are resistant to change. Here are three things we need to consider doing differently if we want to nudge change in the right direction.

Make sure your leaders are practising inclusive leadership

To create truly enabling and inviting spaces for women to thrive and progress to the highest levels, leaders have to be actively engaged, but this needs to go far beyond standing up and saying they believe in the business case for D&I (although that is obviously important). They need to take steps to create a safe team environment where all employees can speak up, be heard and feel welcome. To do this, writes Pooja Jain-Link in Harvard Business Review, leaders need to solicit and act on input from employees whose backgrounds or expertise differ from their own, foster collaboration in the team and facilitative constructive arguments. Everyone must be given the opportunity to express their ideas and test what they are thinking.

On the ground, this can be as simple as when someone talks over someone else, there needs to be a champion that steps in and says, hang on, let’s give this person a chance to be heard.

To do this well, leaders need to be self-aware and emotionally intelligent; they need outstanding listening, communication and empathy skills. Organisations must therefore take steps to ensure their leaders are given the right training and education to develop their human skills, from entry-level mangers to the C-suite, inclusive leadership must become a Key Performance Indicator if we want to shift cultures from the bottom up.

Change the narrative about women’s role in society

When Magesvaran Suranjan, P&G’s IMEA and APAC President, declared gender equality a “core belief” of the company, he was sending a message to the wider world that “creating a world free of bias with equal representation and an equal voice for everyone is both the right thing to do and the right business choice.”

There is plenty of evidence to suggest that having more women in senior roles increases the creativity of an organisation, increases investor confidence, builds employee trust and makes businesses more attuned to customer needs. These are all critical factors for success in the knowledge economy too. But to enable women to step into these roles, we need to start talking about parity, and why it is a social justice imperative, long before our girls get into the workplace.

We need to have more open conversations about diversity and gender bias in the classroom, in our homes and at social gatherings. We need to start to change the narrative about society’s view of women. It pigeonholes us into certain roles and has created a barrier for men too.

Ex-CEO of Pepsico, Indra Nooyi, shares the story that when she was made CEO of Pepsico she hastened home to tell her family the good news but all her mother said was: “We’re out of milk and bread”. Although Nooyi’s husband was home, her mother didn’t think to ask him to go and get the groceries because he was tired. “When you’re at home, the role you play is different. We need to create more space around this reality or women will continue to struggle to juggle their multiple roles — to the detriment of both.

Practical and simple steps that companies can take to shift the narrative include offering equal parental leave to men and women, as Finland announced last year, and making flexible working the norm.

Give each other permission to dance

Diversity advocate Verna Myers famously said: “Diversity is being invited to the party. Inclusion is being asked to dance.” While this makes the point about the practical distance between these two elements, we need to take it even further. As Ntyatyambo Ntoko, sales team leader at P&G, who spoke at the UCT GSB Women in Business conference in 2019 said: “If you want to dance, then dance.”

There is much more that women — and men — in the workplace can be doing to encourage women to own the space and to dance, without waiting for an invitation. Practical initiatives to achieve this would be increased sponsorship and mentorship. And we need collectives of women and men who are championing the cause of D&I in the workplace.

To capitalise on the public momentum around D&I, we need a change of approach that takes an honest look at what’s happening on the ground in terms of company culture and our own roles in this. Are we doing enough to create truly enabling and inviting spaces for women and other minorities to thrive and progress to the highest levels? And if not, what can we do to change that?

This article has been edited and updated to reflect additional reporting. It was originally published in City Press

Can we risk our society’s future on a system that produces the leadership we experience?

The events of the past two weeks have brought into sharp focus the devastating results of selecting leaders based on popularity over other criteria. To avoid shipwrecking our country, it’s time to design a better system of stewarding our collective needs.

Making space for Buddha in the boardroom

A new study shows that by staying true to the founding principles of the Buddhist meditation technique known as mindfulness, business leaders can reimagine not just how they work, but also how to build stronger relationships in the workplace.

Becoming a businessperson is not a straightforward journey for all

Building business skills to improve livelihoods is increasingly being recognised as a mechanism to lift communities out of extreme poverty. But in many survivalist communities, the principles of business can clash with the existing values of the community.

Can business leaders ignite change in a world that is overdue a great reset?

The thinking that has informed business leadership will not see us through the present challenges we face. To remake the world we need to recognise the deficiencies in leadership we experience and change how we train future leaders.

This annual initiative recognises notable graduates from AACSB-accredited business schools around the world, who are using their business education to create lasting impact in their own, unique way.

The future of business, business schools and the economy

UCT GSB Director, Dr Catherine Duggan, shares her thoughts on the future of business education and how to prepare students for an increasingly complex world.

If Africa is to emerge a better society post-COVID-19, the approach to leadership and the broader environment needs to change.

Emotionally intelligent leaders will be crucial in helping us to navigate through the COVID-19 crisis and the fallout from the US election chaos.

Leaders are not born or made, they are honed through practice and reflection 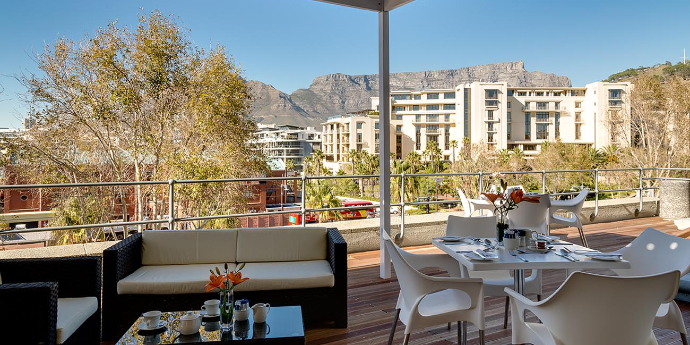 As local tourism begins to pick up, the hospitality industry is feeling some relief from the massive blow it sustained during lockdown. Some might even be feeling that things are returning to how we knew them to be. And while we should savour this little bit of hope, the truth is things have changed forever and we must change along with them.

The UCT GSB's new director, Dr Catherine Duggan, has often been asked why she wants to work in Africa — it's a question this award-winning lecturer and former Harvard academic just loves to answer.

In a world impacted by COVID-19, women leaders can make the difference

The disruption brought on by the global COVID-19 pandemic may be seen by some companies as an excuse to dial back on diversity and inclusion - but this would be a mistake as studies show women handle crises better.

Values-based leadership in the age of COVID-19

Dr Camaren Peter, associate professor with the Allan Gray Centre for Values-Based Leadership at the UCT Graduate School of Business, speaks about the challenges posed by the global COVID-19 pandemic.

As the country plunges deeper into an economic and humanitarian crisis fuelled by the COVID-19 pandemic, we will need steward leaders who are accountable and focused on assisting their communities — and each of us can rise to the challenge.

COVID-19 is giving leaders everywhere a crash course in living with volatility, uncertainty, complexity and ambiguity (VUCA). Fortunately, says Jerome Thomas, he got a head start with his EMBA at the UCT GSB.

Do we really need another hero?

The rise of the hero leader around the world — strongmen who promise to be able to rescue their followers from difficult circumstances — is driving a wedge between citizens and undermining democratic institutions.

Privacy, addiction and the role of responsible digital marketing

Digital marketing provides an invaluable opportunity for businesses to reach more customers, better understand their needs and ultimately sell more product. But the medium is addictive and marketers have a growing duty to use it responsibly.

Believe it or not, the economy is not the biggest of our concerns in South Africa

South Africa has a fractured past, that we cannot deny, and divisions have always been an everyday part of life here. But these days, our differences are threatening to tear us apart.

What is the impact of an atypical leader on diversity beliefs?

An extract from a presentation to the UCT GSB by Mustafa F. Ã–zbilgin, Professor of Organisational Behaviour at Brunel Business School, London.