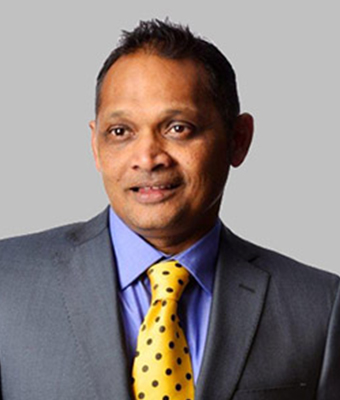 
Professor Herman Singh is an adjunct professor at the UCT GSB and the CEO of Future Advisory, an international firm specialising in digital transformation projects in corporates, and startup acceleration. He graduated from Wits at the age of 19 with a four-year engineering degree. He obtained two postgrad qualifications in the next few years and ascended to a managing director role at a Barlows factory at 28. He also served as a managing director of Siemens' Industry Division. He then joined Standard Bank as the director of e-commerce and online services, before becoming director of IT planning and CEO of the bank's innovation hub Beyond Payments. In 2013 he moved into telecommunications as managing executive of m-Commerce and then became the CDO at MTN. where he was also deputy chairman of Jumia, Africa’s first unicorn as well as chairman of its JV insurance business and on the board of MTN Ivory Coast and Cameroon.