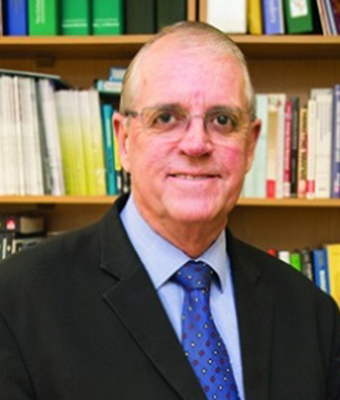 
Professor Geoff Bick has been an emeritus professor at the UCT GSB since 2018. He first joined the UCT GSB in 2012 as Professor of Marketing, and became Academic Director in 2014.  In 2016 he took up the position of Acting Director of the GSB on the departure of the previous Director until a full-time Director was appointed.  Prior to pursuing an academic career, he spent many years in the private sector in senior managerial positions in various organisations. He previously held the Coca-Cola Chair of Marketing at Wits Business School, where he was also Director of Academic Programmes for some years.

He graduated with a BSc in Electrical Engineering at UCT and studied for a BCom at UNISA. He then pursued his MBA at the University of California (Berkeley, USA) and was awarded a DPhil from the University of Johannesburg in 2006.

His in-the-field work experience began in engineering, working in the mining industry, after which he became a marketing consultant and practitioner for a number of organisations, including Xerox - all experience that contributed to his teaching capabilities.

Bick has achieved recognition as both a researcher and teacher, receiving a number of teaching awards throughout his career. Re-rated by the NRF as an 'Established Researcher', he has a list of over 70 publications to his name, including journal articles, published teaching cases and teaching notes, conference proceedings and book chapters, as well as an award at the 2013 Africa Leadership Awards conference. His areas of specialty include marketing metrics, to measure the effectiveness of marketing programmes, customer equity and brand equity, business-to-business marketing, CRM, and marketing and technology.